This ORACLE was created to be part of the art project ‘The Floating Forest’. By becoming each other’s ORACLE, the magical experience of interpreting the symbols awakened and touched people’s hearts. It floated on canals in festivals around London, Summer 2011.

The Floating Forest Oracle was created and developed by Katiushka Borges and designed by Vahakn Matossian.

Venezuelan Artist, Author and Love Healer. She has work for the past 18 years exploring interactive sensory media, creating installations that were exhibited at International Festivals in London, Florence, Seville, Kalsruhe, Tallin, Caracas and Daet (Philippines). She uses the heart as a metaphor, and explores new ways of communication with games and play. Her character Mamasonga, the love coach became an icon when first created on radio in 1994. In 2003, the character took over the limelight, where as an animated character she was streamed live on WebTV.

Katiushka’s latest projects was Alchemy of Hearts (art residency and exhibition at White Building Space in Hackney), and performing as Dra.Mor, Breaking the HeartCode (Alan Turing 100 year anniversary), at Watermans Museum. She is currently working on her new book.

British-Armenian-German designer, he has been working in the realms of interactive art and design for a number of years. Son of digital music pioneer and interactive artist Rolf Gehlhaar, he graduated from the University of Brighton’s Three Dimensional Design, and the Design Products Masters at the Royal College of Art in London, 2009.

He has worked with TROIKA, on the Cloud, All the Time in the World installations at Terminal 5 and Digital By Design Book. Clients include, Yamaha, Hulger, Glastonbury Festival, British Film Institute, Innovation Labs, Denmark and Cybersonica. 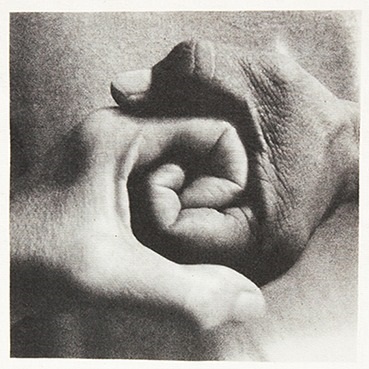 If you don´t change your past, you can’t change your present. Your power resides in that weakness which you transform into strength.

ANCESTRAL POWER is a healing workshop of 5 classes in each level, a journey to connect with the soul of your lineage: Identify which negative patterns prevent you from becoming the best version of yourself. Face what can protect you and your future generations from repeating the same.

You are the one who can do it.
Let's do it together.
There is no time to waste.

YOUR SOUL IS CALLING FOR ACTION!